Naomi Loomis is a self employed independent consultant with many hobbies, including traveling and reading. One of her favorite pastimes is riding motorcycles with her husband, Stan. The duo has participated in many bike events throughout the years and are passionate about promoting bike safety and awareness.

As motorcycling is an increasingly popular sport, the department of transportation continually strives to improve highway safety. To aid in this effort, it is crucial that all motorists remain aware and alert; drive defensively; and look twice for cars, motorcyclists, and pedestrians. In addition, motorcyclists must be aware of potential hazards, be aware of blind spots, and remember that they are smaller and difficult to see.

Depending on the state, motorcyclists may not be required to wear a helmet, although they are encouraged. Recent statistics have shown that helmet use increased from 48% in 2005 to 67% in 2009. In addition helmets saved the lives of 1,829 individualized in 2008 alone.

Highway Safety Plans vary state to state but the typical plans that are implemented focus on:

The month of May marks Motorcycle Safety Awareness Month, as many riders including Naomi Loomis are finally hitting the open road. They are one of the most at risk vehicles for accidents and according to the National Highway Traffic Safety Administration, motorcyclists are five times are likely to be injured in a crash and 25 times more likely to die. With these statistics, it is crucial that everyone does their part to maintain safety for all.
Learn more about Naomi Loomis and her other interests on her Wordpress site: https://naomiloomis.wordpress.com/.
Posted by Unknown at 11:58 AM No comments:

Naomi Loomis considers domestic and international travel to be two of her favorite hobbies, often visiting different states and countries with her family.


Naomi Loomis has traveled by sailboat, yacht, and air when traveling long distances but also likes to take in local events. Last year, Naomi Loomis rode their motorcycles from their home in Orlando to Daytona Beach, Florida to enjoy Biketoberfest 2013.

Biketoberfest is one of the largest motorcycle rallies in the United States, drawing thousands of riders to Daytona Beach each year to take part in motorcycle themed, events, activities, and exhibits. Biketoberfest 2013 was the 21st event of its kind and took place October 17-20th. Attendees were also able to take in the gorgeous weather and pristine beaches in between motorcycle events. Naomi Loomis and her husband even rode on a guided tour of the city.

Biketoberfest 2013 favorites included races held on Daytona International Speedway, major manufacturer exhibits with new models of popular bikes, and live music. These events took place in one of three locations throughout the city:

Learn more about Naomi Loomis and her travels by reading blog posts on her website or learn more about her accomplishments on Expertfile: http://expertfile.com/experts/naomi.loomis.
Posted by Unknown at 11:37 AM No comments: 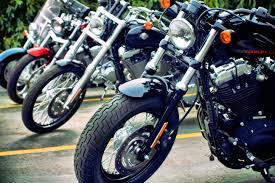 Learn more about Naomi Loomis on Tumblr, or ask her a question about her travels on Quora: http://www.quora.com/Naomi-Loomis.
Posted by Unknown at 7:12 AM No comments: